Ford Motors USA makes major commitment to 'vehicle-to-everything' technology in the US. 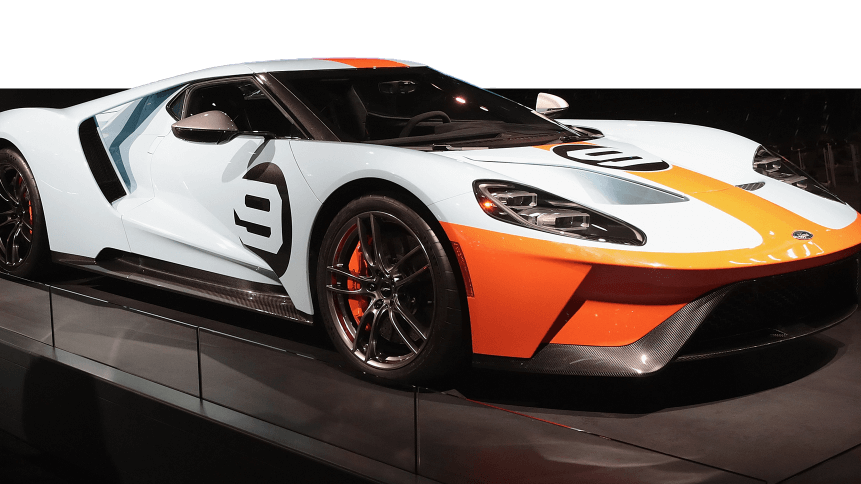 A Ford GT is displayed in Detroit, Michigan. Source: AFP

Ford Motors USA is committing to deploy cellular vehicle-to-everything technology, or C-V2X, in all of their vehicle models in the United States, beginning in 2022.

C-V2X is a wireless communication technology that can ‘talk’ to and ‘listen’ for similarly-equipped vehicles, people and traffic management infrastructure such as traffic lights to relay important information and help make city mobility become safer and less congested.

In a blog post, Don Butler, the Executive Director of Ford’s Connected Vehicle Platform and Product, said that the deployment is planned alongside the rapidly-developing 5G cellular network.

“C-V2X enables direct communication between the connected devices, meaning a signal doesn’t need to first travel to a cellular tower, allowing vehicles to quickly send and receive information,” Butler said. “Ultimately, it lets drivers know what’s ahead of them even before they have to encounter it.”

The technology will allow drivers to know what is ahead of them even before they have to encounter it. When vehicles navigate four-way stops, for example, vehicle-to-infrastructure sensors, as well as those between vehicles, will be able to automatically determine who has right of way. 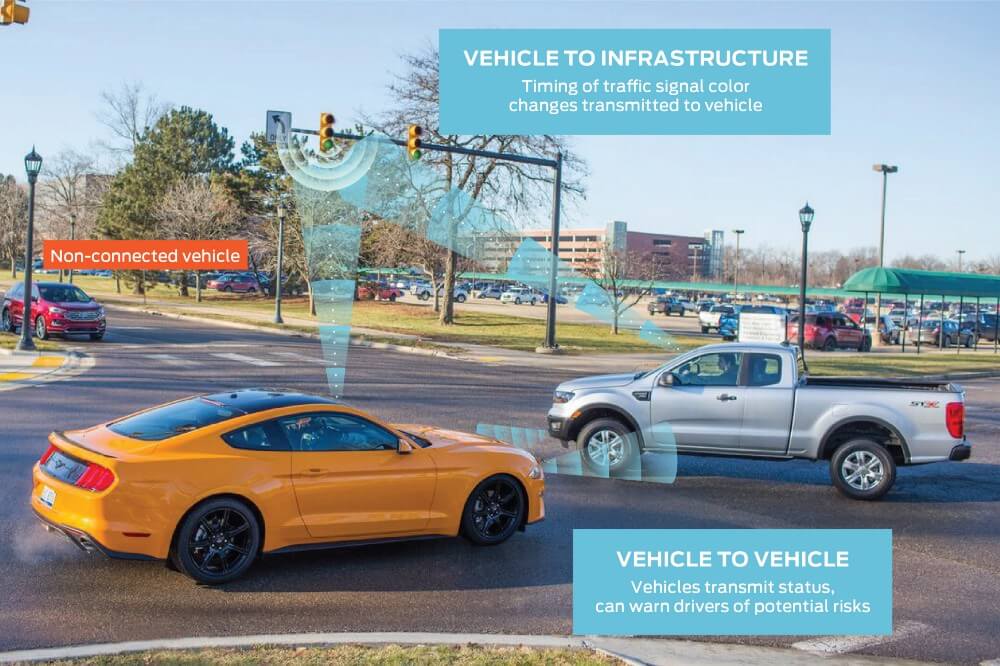 An example of how vehicles with cellular vehicle-to-everything technology can ‘talk’ to one another and the world around them. Source: Ford

In the case of a car that is involved in an accident, the vehicle’s status can be relayed to approaching vehicles, giving them advance notice of a potentially dangerous situation. Even pedestrians equipped with a mobile phone will be able to convey their location to other vehicles, ensuring that everyone on the road is aware of people that may also be out of their direct line of sight.

While a boon for safety on the roads, the technology could carry additional environmental benefits. Communicating with traffic lights ahead, for example, would allow cars to decelerate earlier and coast to a stop in anticipation of a red light, become more fuel efficient.

Meanwhile, smart traffic management systems will be able to optimize traffic flow and reduce congestion and reroute vehicles around recent accidents instantly to avoid long tailbacks. C-2VX-equipped emergency vehicles could notify other road users, including self-driving vehicles, of their presence in advance. Ford’s decision to deploy C-V2X tech in the next three years follows its commitment to equip every model it releases in the US with conventional cellular connectivity by the end of 2019 and will work with the carmaker’s suite of driver-assist and safety features on new vehicles.

While C-2VX carries a multitude of benefits for road users and could help establish the transport infrastructure of tomorrow’s smart cities, much like the deployment of autonomous vehicle technology, it is still hampered somewhat by red tape.

“A conducive regulatory environment must be in place for C-V2X to be deployed, which is why we are working just as much with industry and government organizations to create such a technology-neutral environment,” said Butler.

“This technology will only live up to its full potential if many vehicles on the road as well as roadside infrastructure take advantage of it. That’s why we are inviting other automakers, infrastructure, and road operators, as well as government agencies to work with us to accelerate momentum for C-V2X.”

Researcher IHS Markit forecasts that by 2023, worldwide sales of connected vehicles will reach 72.5 million, representing more than two-thirds of all autos sold, up from 24 million in 2015.

“Billions of dollars already are being spent as the cellular industry builds 5G networks, so we think the timing is perfect to give our vehicles some of the natural skills we use every day to get around,” added Butler.