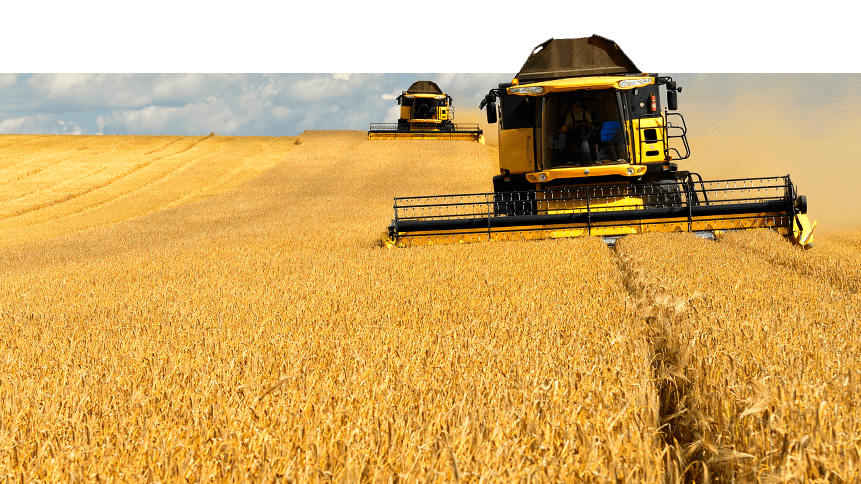 Technology is continuing to revolutionize the agricultural industry. Source: Shutterstock

When it comes to the future of food production, agriculture is undergoing a colossal digital transformation. Self-driving tractors, precision farming and the Internet of Things (IoT) are all being deployed to meet the demands of a growing global population.

Experts are calling this technological movement Agriculture 4.0, and these ‘digital farms’ are proving much more efficient and sustainable than their traditional counterparts.

The digital farmer: How AI enabled agriculture will help feed the world

According to Techrepublic, crops are being grown using precision agriculture, autonomous tractors help to harvest with digital imagery of the fields and satellite navigation. Companies such as Plenty in San Francisco and Jones Food in Europe, meanwhile, are farming on vertical racks in massive indoor facilities that significantly reduce carbon footprints.

In order to meet the increasing need to optimize productivity, farmers are increasingly working alongside agronomists to benchmark their operations. Purdue University’s Agronomy Center for Research and Education (ACRE) in the States, for example, is collecting 1.4 petabytes of data daily across farms to ultimately increase yields and improve efficiency.

“Our bottom line really is to feed the world,” said Patrick Smoker, Department Head and Senior Director of IT for the colleges of Agriculture, Information Technology and Veterinary Medicine at Purdue University. “To do that, to feed an estimated nine billion people by 2050, we have to significantly increase our productivity in terms of food generation.”

Technology will play a vital role here according to Smoker. On the university’s 1,408-acre research farm, IoT sensors can assess the health of plants by their growth and color, while these could be attached to autonomous, roaming vehicles in future developments.

Beyond the research stage, the agricultural cooperative Land O’Lakes employs an ‘Answer Plot System’, a system collecting data from 200 specific fields around the US to provide insight into which hybrid crops will do best in a given area.

For many working in agricultural, the prospect of moving towards Agriculture 4.0 and employing new technology in the place of traditional methods can be daunting. However, Smoker argues that small changes can be introduced which can make a real impact to a farm’s bottom line.

“Although any given farmer may be resistant to change because he’s got a known practice that produces a known result, the value proposition there is lowering their costs of inputs, increasing their outputs, decreasing labor, or increasing the value of their product,” said Smoker.

For example, satellite imagery can provide a new perspective on crops, revealing which fields should be a priority for attention based on color or visible damage. For large-scale farms covering hundreds or thousands of acres, this can help pinpoint problems to tackle more efficiently during site visits. In a similar vein, drones can also be used to get a more detailed aerial view.

There is now a wide plethora of software at farmers’ disposal, which includes anything from goat-herd management to predictive crop modeling, which will give the farmer information on when to expect a crop to be at a particular growth stage, with expected yields, based on information inputted on soil type, fertilizer amount, and when the crop was planted.

The benefits of this technology can be marginal, but free up a farm’s resources for other work— and even by saving a few dollars over an acre, it can make a significant impact on the bottom line on thousand-acre property, helping it to meet the demands of a growing population more efficiently.

Not only is new technology offering improvements to efficiency, but it’s also helping farmers make optimal and sustainable use of the increasingly-limited arable land and make up for shortages in available labor.