AI was able to identify common elements in award-worthy content, and themes that are emotionally intelligent and entertaining. An unlikely partnership between Japanese luxury carmaker Lexus and IBM Watson has gone some way to demonstrate AI’s future role in the creative industries.

Directed by Oscar-winning director (and human) Kevin MacDonald, Big Blue’s supercomputer wrote the entire script for the advertisement “Driven by Intuition”, the name a nod to its AI muse and the relationship between man and machine that underpins the star of its ad, the new ES executive saloon. IBM morphs itself and its staff, as AI looms large

The dramatic, 60-second film opens with a Lexus engineer admiring his creation before the car is shackled and put into a crash test broadcast live on television. Luckily, the car’s emergency braking system, one of its main technological selling points, saves the day.

Taking around six months from brief to output— which, Lexus says, is on par with its normal ads— AI was trained with 15 years of award-winning luxury adverts, emotionally-stimulating narratives, and imagery, and commissioned research into human intuition.

Using this wealth of information, IBM Watson was able to identify common elements in award-worthy content and themes that are emotionally intelligent and entertaining.

“When I was handed the script, the melodrama of the story convinced me of its potential,” MacDonald said. “The fact the AI gave a fellow machine sentience, placed it in a sort of combat situation, and then had it escaping into the sunset was such an emotional response from what is essentially a digital platform.

“The charmingly simplistic way the AI wrote the story was both fascinating in its interpretation of human emotion, and yet still unexpected enough to give the film a clearly non-human edge.”

While the advertisement does have a sense of the “non-human” about it, it does a great deal in demonstrating how AI, whose real benefits are frequently touted in the context of quite menial tasks, is likely to play a growing role in creative industries.

In advertising and marketing, for example, we largely think about AI’s ability to trawl through audience insights and optimize ad targeting as a result, rather than its role in the actual creation of ideas and content. But, despite the ability to predict emotional stimuli, it’s unlikely Watson and its ilk will shoulder out creative agencies just yet. Lexus’ brand general manager, Michael Tripp, told Marketing Week: “Our ambition under this umbrella is not to replace the human element but to augment it.

“Philosophically, could this cut out or change the creative aspect of this process? Yes. But our strategy at Lexus is we believe in man plus machine.

“I could never ask you to go look at 15 years of award-winning films and give me that data but I can now get that and use it to inform our creative.” 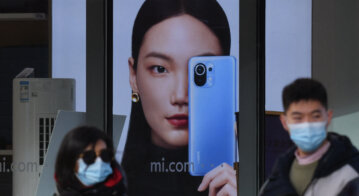