The US is behind expectations when it comes to robotics adoption. Source: Shutterstock

In manufacturing especially, robots have become key tools for boosting productivity, with machines put to task on manual work with more efficiency and consistency than living counterparts.

Thanks to ongoing innovation and a growing awareness of the competitive benefits, the technology is rapidly permeating new sectors such as agriculture, logistics and hospitality. Indeed, spending on robotics is becoming an economic indicator— a sign of growth, progress and prosperity.

With this in mind, a study by the Information Technology & Innovation Foundation (ITIF) sought to benchmark where nations stand when it comes to robot adoption, maintaining a crucial eye on how national wage levels play a part.

According to the ITIF, adoption of robotics is a solution to the “sustained productivity slumps” felt not just in the US, but across the global economy.

“One of the most important technologies to help reverse the productivity slowdown going forward is robotics,” reads the report. “Improving productivity in many functions and industries that involve moving or transforming physical things will depend on much better and cheaper robots.”

That’s not to say robots haven’t yet been put to use— the ITIF says investment in the technology has contributed to 10 percent of growth in GDP per capita in OECD countries from 1993-2016— but so far, thanks to costs and current limitations in functionality, “we have barely scratched the surface”.

According to the International Federation of Robotics (IFR), the number of industrial robots per 10,000 manufacturing workers sat at 85 last year worldwide, and while growth is beginning to accelerate, certain markets are far more advanced than others.

With a remarkable 710 robots per 10,000 workers, Korea is currently the largest adopter of industrial robots, leading a trend which sees Asian countries, in particular, as top trailblazers. Singapore (658) and Japan (308) also sit within the top five, while, interestingly, Germany takes third place with 322; demonstrating how automation has crept into its traditional manufacturing exports— despite the country being slow to embrace artificial intelligence technology.

ITIF owes these lower rates of adoption to the decisions behind installing and running robots, which are generally based on the speculative costs saved over using a human worker. Low-wage economies will, therefore, tend to see low rates of adoption and vise versa, but the relationship is not necessarily that simple.

Pursuing this idea, the report goes on to calculate expected levels of adoption, based on the average robotic system costing US$250,000 for running two shifts a day, five days a week and 50 weeks a year; against the length of payback, which takes into account the cost of wages for the human roles displaced across 27 markets.

In this renewed light, ITIF reveals that, on a wage-adjusted basis, while Korea is the frontrunner, Southeast Asian nations lead the world in robot adoption, occupying six of the top seven positions. In contrast, Europe is a “laggard” with only two countries adopting more than expected given wage levels— at 23 in the ranks, the UK is 68 percent below expected adoption rates, while commonwealth countries, such as Australia and Canada, are 80 percent and 44 percent below respectively.

Adjusting for wage levels also sees the US tumble down the ranks to 16th, with adoption rates 49 percent below expected. “Robot adoption differs by industry, with the automobile industry generating the largest demand for industrial robots,” says ITIF. “Yet many of the lagging nations have relatively robust automobile industries relative to the size of their manufacturing economies, including Brazil, Canada, France, Germany, Italy, Russia, Spain, Sweden, and the United States.”

Ultimately, while the results of the research are not as clear-cut as one would like, ITIF says that contributory factors could be those nations holding progressive national goals to support robotics innovation and adoption.

Japan, for example, laid out a goal to establish a “new industrial revolution driven by robots” in 2014, while Korea introduced its Intelligent Robot Development and Promotion Act— other nations high in the ranks have public programs aimed at supporting adoption of advanced technologies among SMEs.

There could also be a cultural impact, notes the report: “[…] many of these nations have distinctly positive views of robots; while many of the societies that are lagging in their relative rates of robot adoption appear to have significant portions of their populations, or at least significant shares of their elites, who view robots as unsafe job killers.” 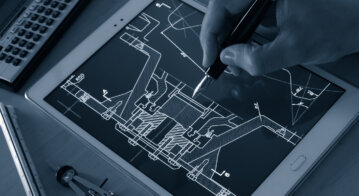 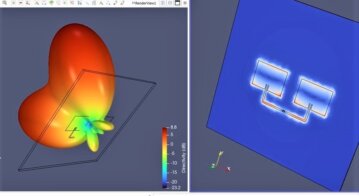 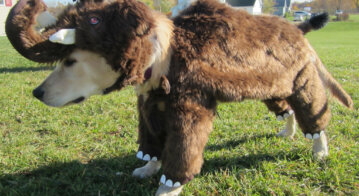