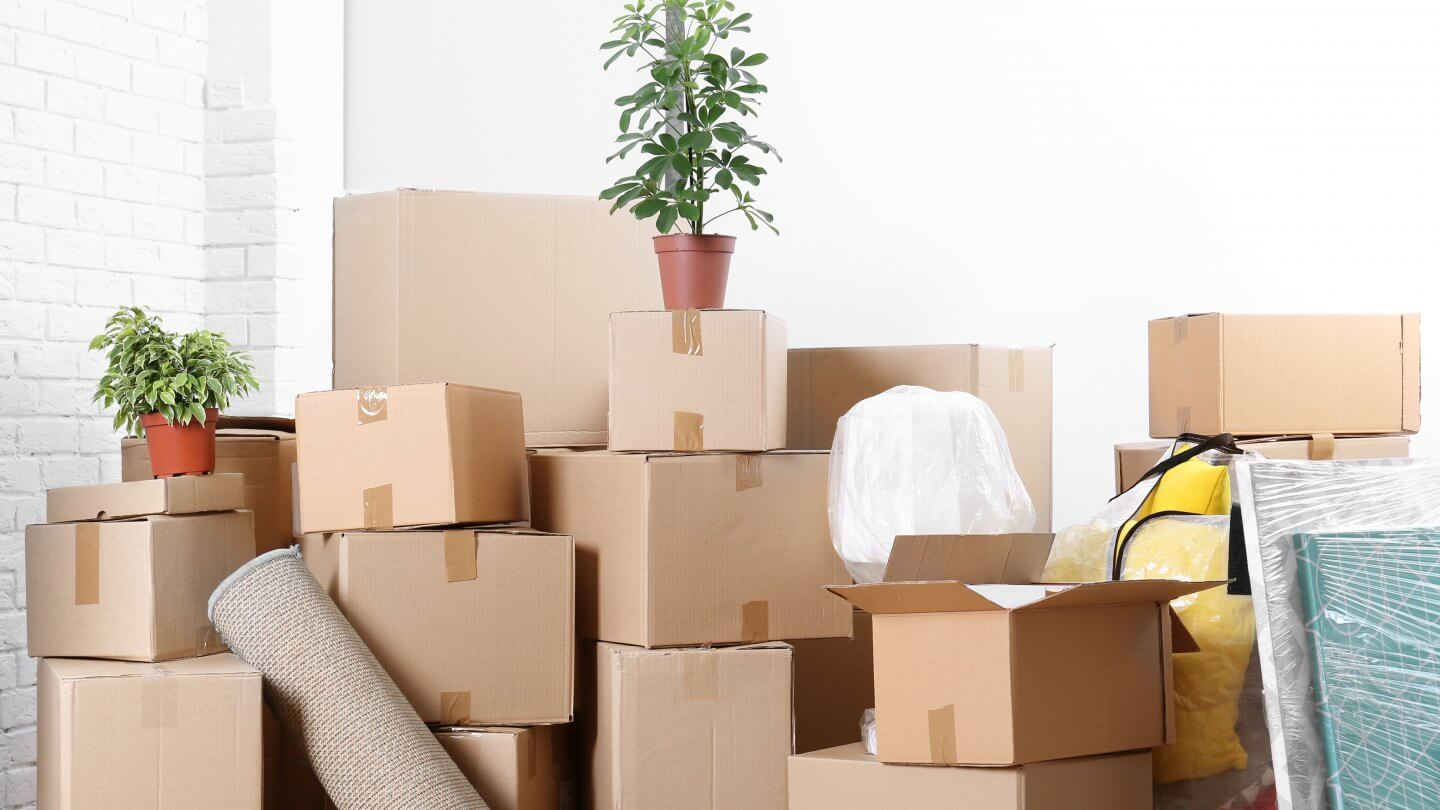 Like many technologies that started well out of reach of many businesses financially, virtualization has now passed into the regular, everyday toolkit that’s available to most organizations. From a technical management standpoint, virtualizing servers, storage, and even desktops is a commonplace matter.

Recently, the software definition of networks has been extended right across the data center; that’s using “data center” as a collective phrase, rather than denoting an actual place – many organizations don’t possess such an installation. Under the title of convergence, or hyperconvergence, software is now capable of abstracting most networked devices: connections, storage, compute, backup facilities, and so on.

Until now, massively scalable, elastic storage has been out of reach for all but the IT department with a multi-million-dollar operating budget. And regardless of the organization’s size and financial resources, the demands placed on the IT function remain: the provision of business-centric and strategic services that empower, rather than hinder.

Today, senior systems administrators and IT Directors are expected to provide uptime assurances, SLAs, estimated budget costs and be able in general to place a figure on operational expenses for the entire network. While that’s in theory not problematic, the expectations of malleability placed on the IT function makes that a tall order. Cisco or Juniper certification programs don’t offer modules in predicting the future, fortune-telling or reading tea leaves.

A converged storage platform removes much of the need for IT personnel to guess future hardware requirements, as the abstraction platform lets administrators utilize all resources to their maximum, plus ensure reliability, uptime and business-critical service continuity. Among virtualization suppliers, StarWind is offering a refreshing take on the esoteric (and expensive) world of converged and hyperconverged network infrastructures.

StarWind has built its reputation on reliability and fantastic support throughout the industry – not just for storage, but also for its HyperConverged Appliance range, virtual tape drives, and various other products that offer every business the tech advantages that have previously required a gold-plated checkbook. The company’s Virtual SAN virtualizes storage in just about any environment and is available as a freemium product – with no capping of features or extensibility in the free tier. 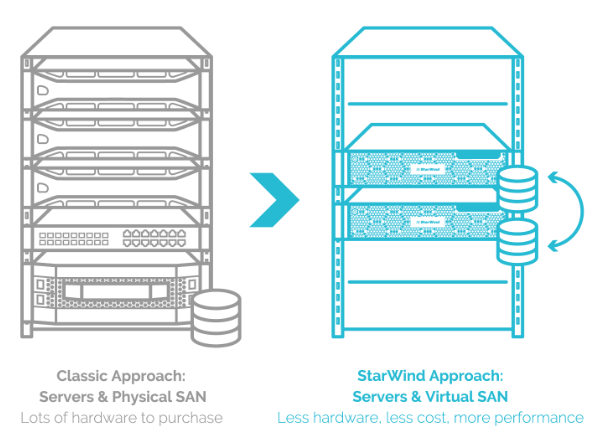 Like many suppliers that offer a free product (note that StarWind’s products are proprietary and developed in-house) the company makes its money by providing 24/7 support; entire network infrastructures are overseen by StarWind every day. But whichever tier you choose, the StarWind Virtual SAN for Hyper-V or vSphere brings you enterprise-grade virtualized storage that can be the subject of strict SLAs. There are no restrictions on features, no throttling of capability and no limit placed on scalability or power. It’s ideal for placing into hyperconverged environments, or ones where the topology is separated into compute and storage components, or as the first step in creating a layer of virtualization for the sake of ease-of-management, or failover capability.

In compute and storage separated environments, StarWind Virtual SAN is used to build a dedicated SAN/NAS cluster from all available storage. In fully hyperconverged infrastructures, the software converts the internal storage capacity of the clustered servers into an enterprise-ready virtual SAN. The solution can also be used to build fully fault-tolerant systems in public clouds by mirroring VMs in Azure or Amazon instances – with the capability of massively lowering licensing costs, such as achieving Microsoft SQL Server Enterprise functionality by utilizing mirrored VMs and SQL Server Standard licenses. That produces a layer of protection for mission-critical applications and virtual shared storage in Azure, at a fraction of the costs of a clustered SQL deployment on the Azure platform.

In Hyper-V settings, StarWind Virtual SAN serves iSCSI, SMB 3.1 and NFS v4.1, and the paid-for-support plans also give management & web consoles to configure the StarWind stack and the virtualized SAN. The vSphere version has all the same features as its Hyper-V cousin, but (for now) is missing LSFS, asynchronous replication & offline duplication – although even these features are in the pipeline.

It’s alongside the supported products, however, where the magic happens. There’s a considerable amount of pre-sales information & consultation available, and the StarWind team is available 24/7 – whether you’re not technically-conversant, or just don’t have the time, your dedicated support engineer and team help you configure, manage and expand (as necessary) your network, with the StarWind virtualized products at its core.

To learn more about this fantastic virtual SAN and the rest of StarWind’s cutting-edge technology, speak to a representative today. You’ll not only save many thousands of dollars on a “traditional” abstracted network & storage cluster, but you’ll also benefit from enterprise-grade reliability and performance. 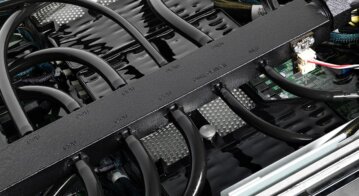 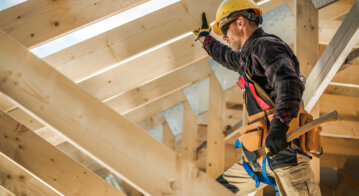