Scalable & secure: your own Hyperconverged Enterprise Cloud, with Nutanix Part of developing and deploying a business application always used to be the setup of the IT infrastructure to support it. This undertaking might have involved the configuration of a dedicated server cluster (whether metal or virtual), storage, disaster recovery system, security oversight, network routes and capacity, failover systems and so forth.

The advent of hyperconverged infrastructure – a phrase first used by industry analyst Arun Taneja describing Nutanix‘s offering – removes the need for the manual provisioning before launch. Additionally, as the application grows in scale, hyperconverged platforms autonomously allocate further resources as demand from constituents or stakeholders alters.

One of Nutanix’s founders was behind the team that developed the Google File System, on which the internet giant has been able to distribute and manage its massive resources on arrays of commodity hardware. The next logical step, therefore, was Nutanix’s offerings, which abstract the entire infrastructure on which apps and services run, but are targeted for use by industry and government. From its formulation in 2009, the company took two years to ship its first product. Since 2011, however, the company has expanded at an incredible rate, and the underpinning technology now has its imitators from household names such as HPE and Cisco. The difference, however, is that hyperconvergence is Nutanix’s sole interest, rather than being one of several product offerings from the likes of Dell EMC.

Nutanix’s products are based on simplicity, scalability, and power, and tightly converge storage, compute and virtualization for an ‘appliance’ which can, if and when required, grow endlessly.

Hyperconverged frameworks can be built on commodity hardware – just about any general purpose server brand that’s familiar in data centers the world over will tick the box – or as a turnkey appliance solution on the Nutanix’s NX hardware (made by Supermicro). There’s also an OEM range that comes with the Nutanix Cloud OS pre-installed on appliances from Dell EMC, Lenovo, Fujitsu, and IBM and are ready to go.

Management of the Nutanix Enterprise Cloud Platform is simple, with new resources being deployed in a simple drag-n-drop GUI, whether they are for a new development project or a fully-fledged app launch. The Platform spans public, private and distributed clouds, removing the need for separate management systems and interoperability problems.

In addition to the obvious business benefits, and the ease with which IT function can now operate, data compliance, security, failover, backup, and archive functions are also configured and overseen by the same full stack systems. For any sized business or organization, Nutanix’s platforms create the scalable, simple and robust systems that are provided by the significant cloud suppliers. In fact, with the exceptions of the usual household names of the giant internet providers (AWS, Azure, et al.), many cloud computing suppliers in the XaaS space use Nutanix’s offerings to power their offerings.

What Nutanix offers, therefore, is the enterprise’s own, manageable cloud platform, but with the security and control that you need in a private cloud. The Nutanix Enterprise Cloud Platform can reduce IT costs by up to 60 percent, with an ROI in as little as seven months. Working out the potential monetary benefits for your organization is simple with the company’s TCO calculator, plus you can experience a 15-minute demo to see the environment’s possibilities.

With the impetus now on IT to be a strategic business enabler, you owe it to your company or organization to provide to stakeholders the type of platform that can respond and grow. Get in touch with Nutanix today, to learn more about its hyperconverged infrastructure platform. 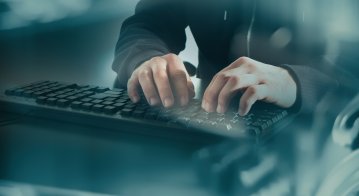